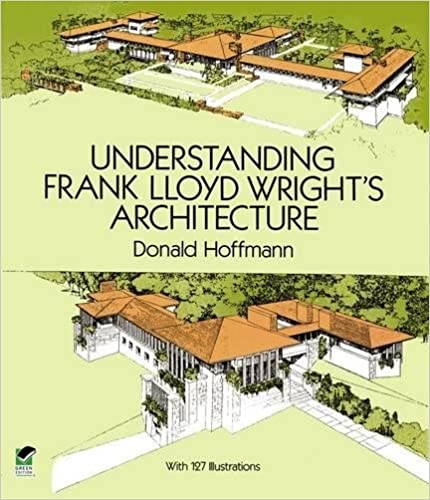 "May be the best book on Wright ever written, with the exception of the master's own incomparable autobiography." — New York Times Book Review Despite the vast literature about Frank Lloyd Wright, noted Wright scholar Donald Hoffmann contends that observations about Wright commonly fail to reach any understanding of his art and few commentaries deal with the principles of his architecture. What inspired his work? How did his architecture mature? What are the dynamics of its characteristic expression? Why will the formative principles always be valid? The answers to these and other questions about Wright's architectural philosophy, ideals and methods can be found in this superb treatment, enhanced with 127 photos, plans, and illustrations of a host of Wright masterworks. Among these are the Robie house, the Winslow house, Fallingwater, Hollyhock House, the Larkin Building, Unity Temple, Taliesin, the Guggenheim Museum, the Johnson Wax Building, and many more. Expertly analyzing Wright's approach to siting, furnishing, landscaping, and other details, Mr. Hoffmann has written an insightful guide to the concepts that gave Wright's architecture "not only its extraordinary vigor of structure and form, expression and meaning, but its surprising continuity." The book will be essential reading for all Wright fans and anyone interested in the evolution of modern architecture.